Here it is… My first attempt at building a guitar pedal.
Well sort of then. The kit was bought on the internet and was a complete set. All I had to do was put it together and make no mistakes.
I failed on that part… But anyhow.. The result was :

And I must admit.. it was fun.. Damn fun to build.
But what did I order. The package consisted of various bags of components. And as I was already searching for some time to find something I could do with me father in law. As he is rather good with the soldering iron I was looking for something a. fun to build. b. I would be able to actually use it. So after some consideration the delay pedal was ordered.

So what did I get. As it was an international shipment it took almost three weeks to arrive. All was nicely packaged in a sturdy box with a lot of bubble wraps, which of course are almost a fun as the contents..

Overall it was straight forward.
I had made one little mistake and created a solder bridge resulting in no sound.
But in the end it works. Had fun with it at home and in the practice room so it was a great buy in the end 😉

Here some of the build pictures : 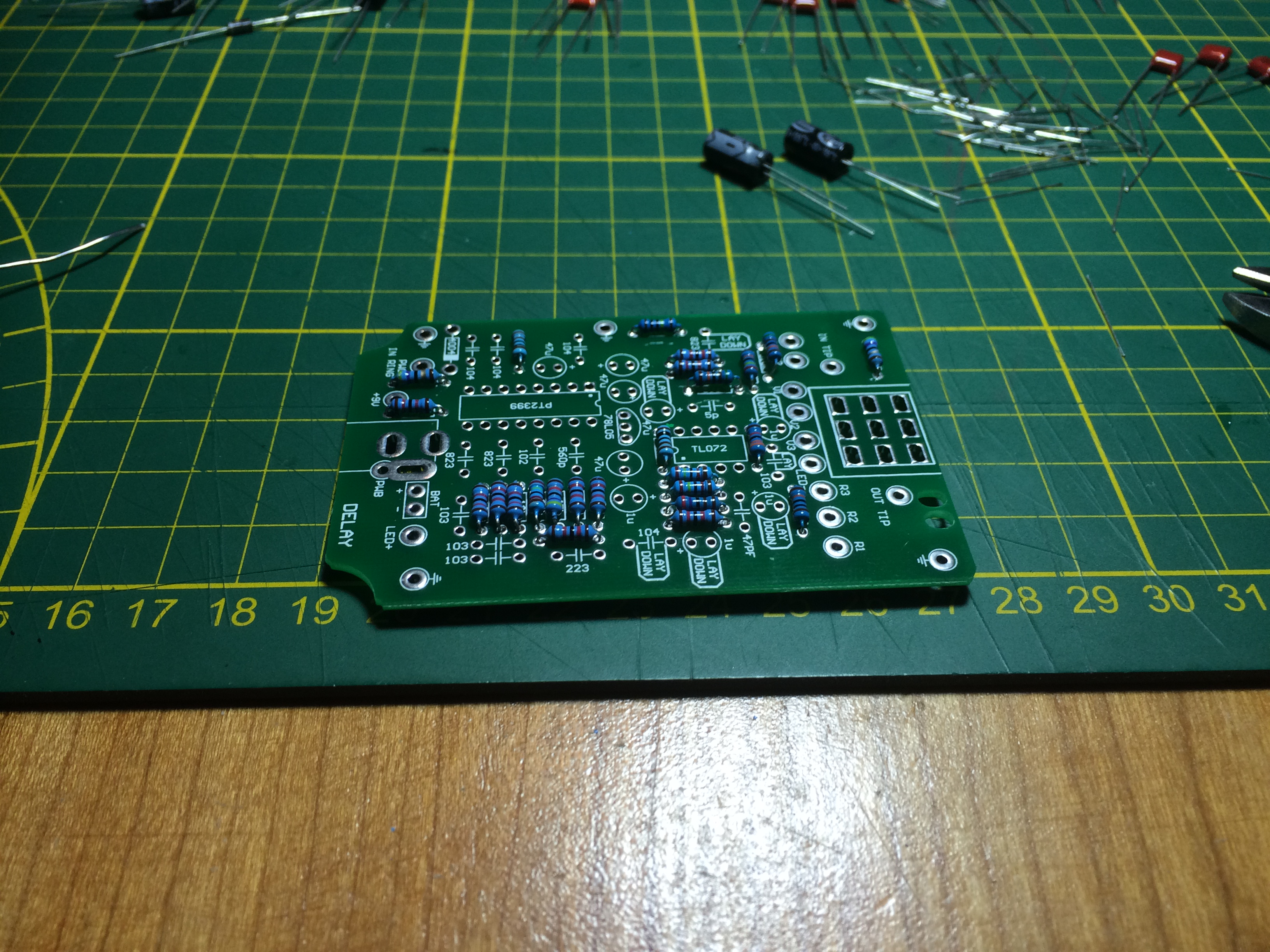 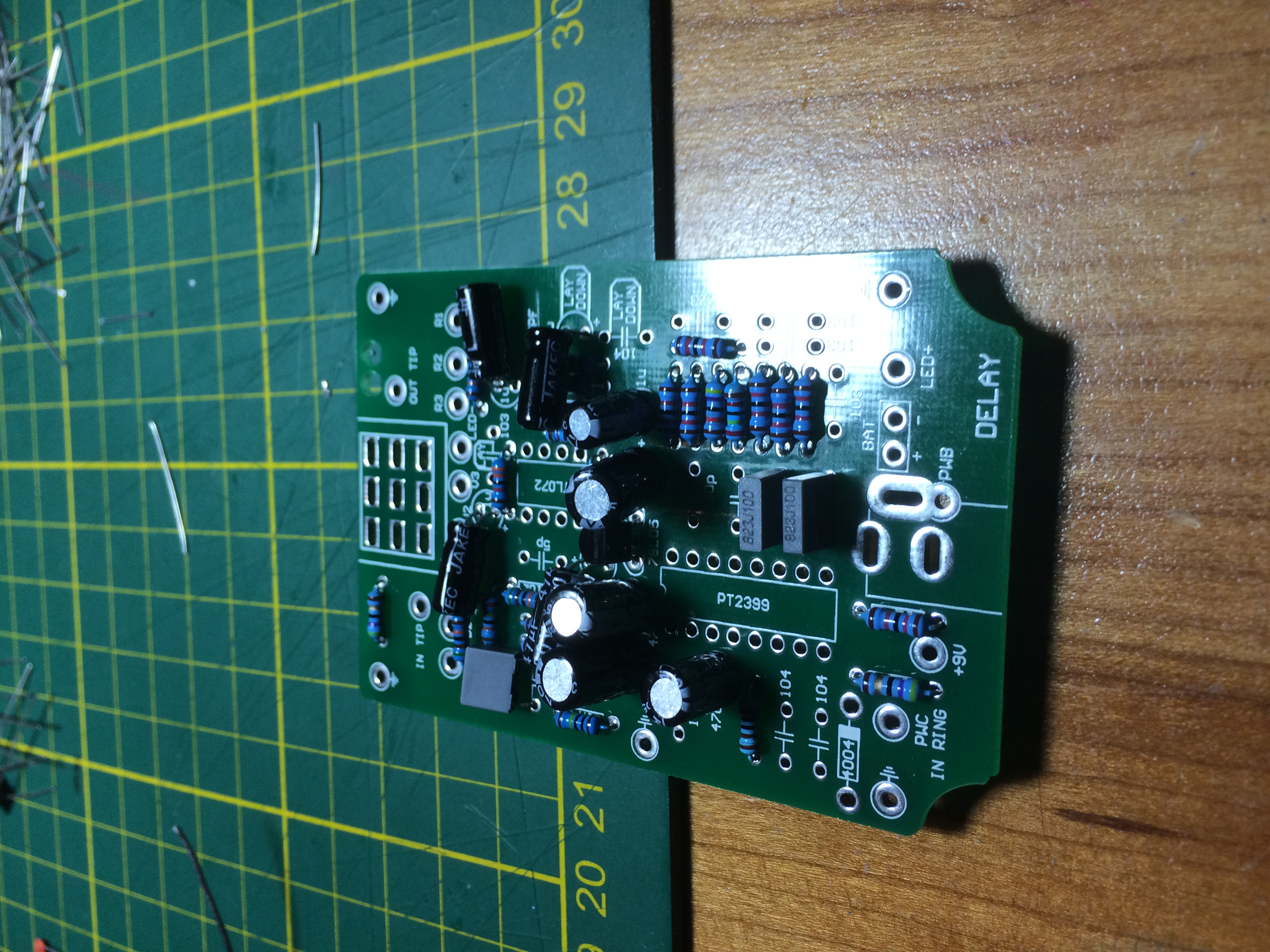 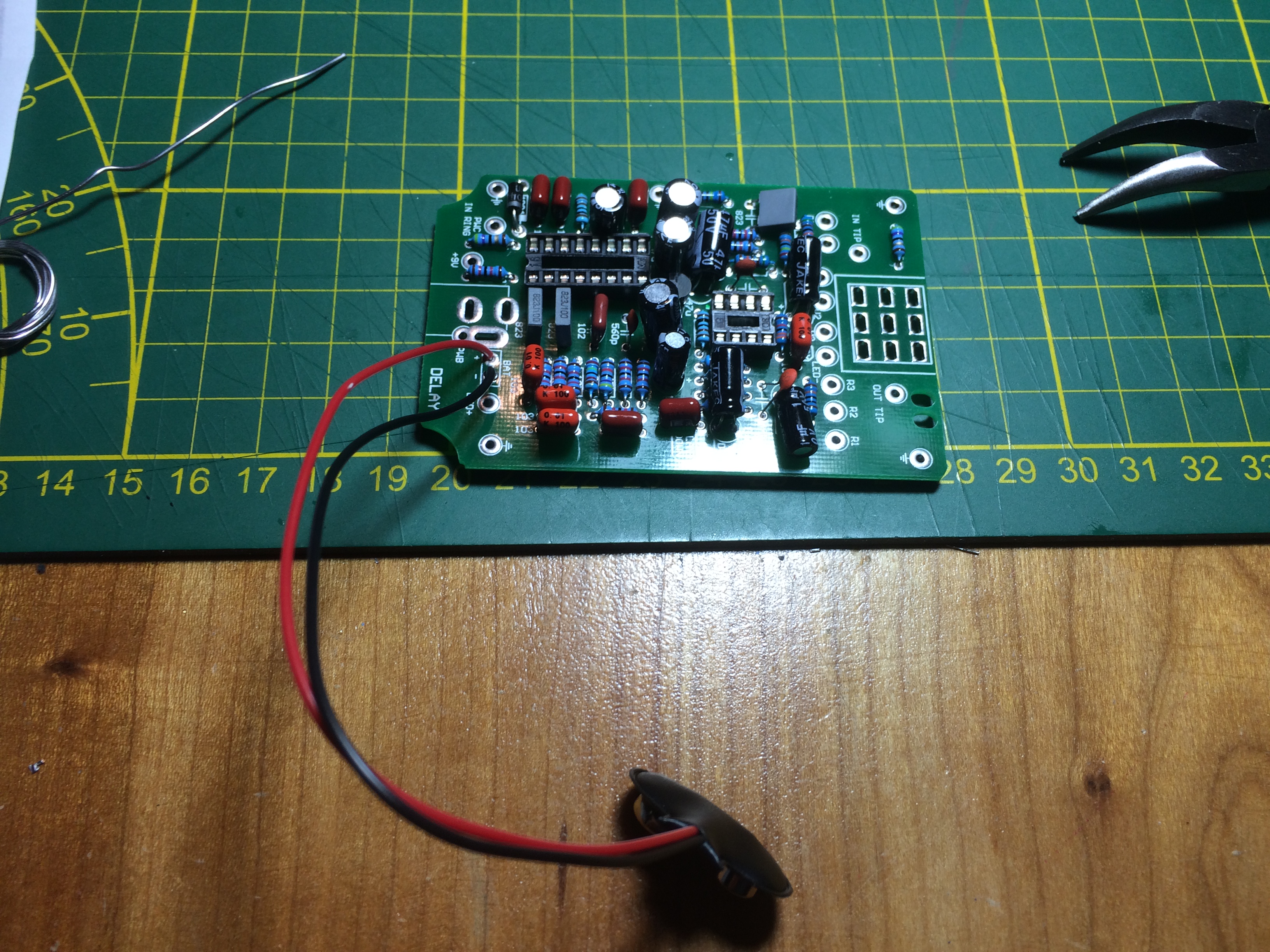 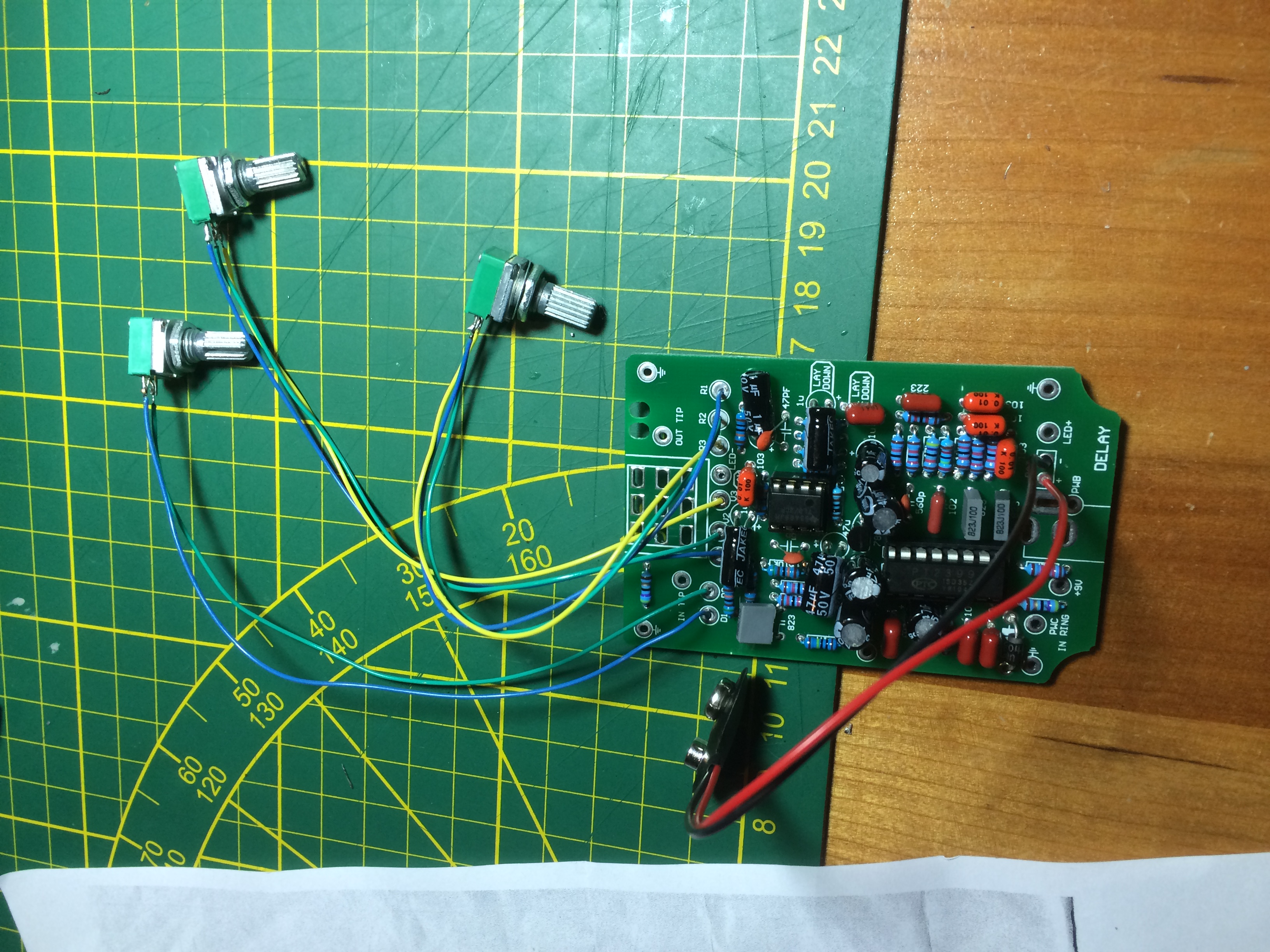 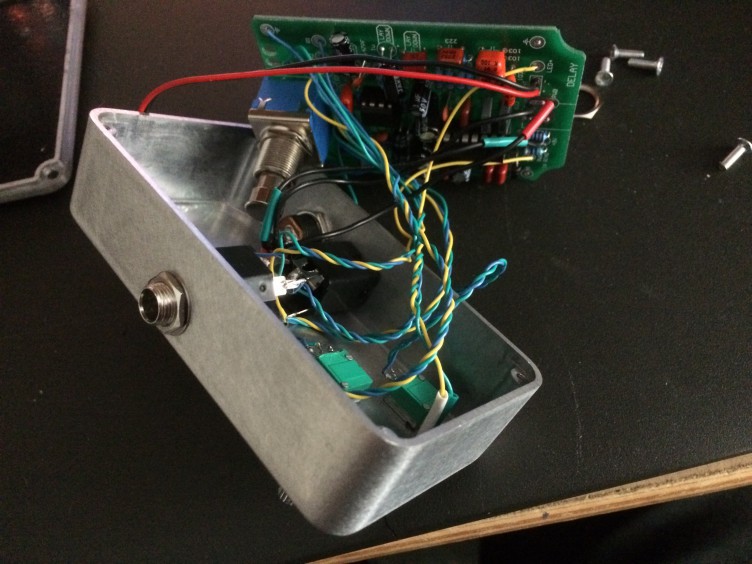 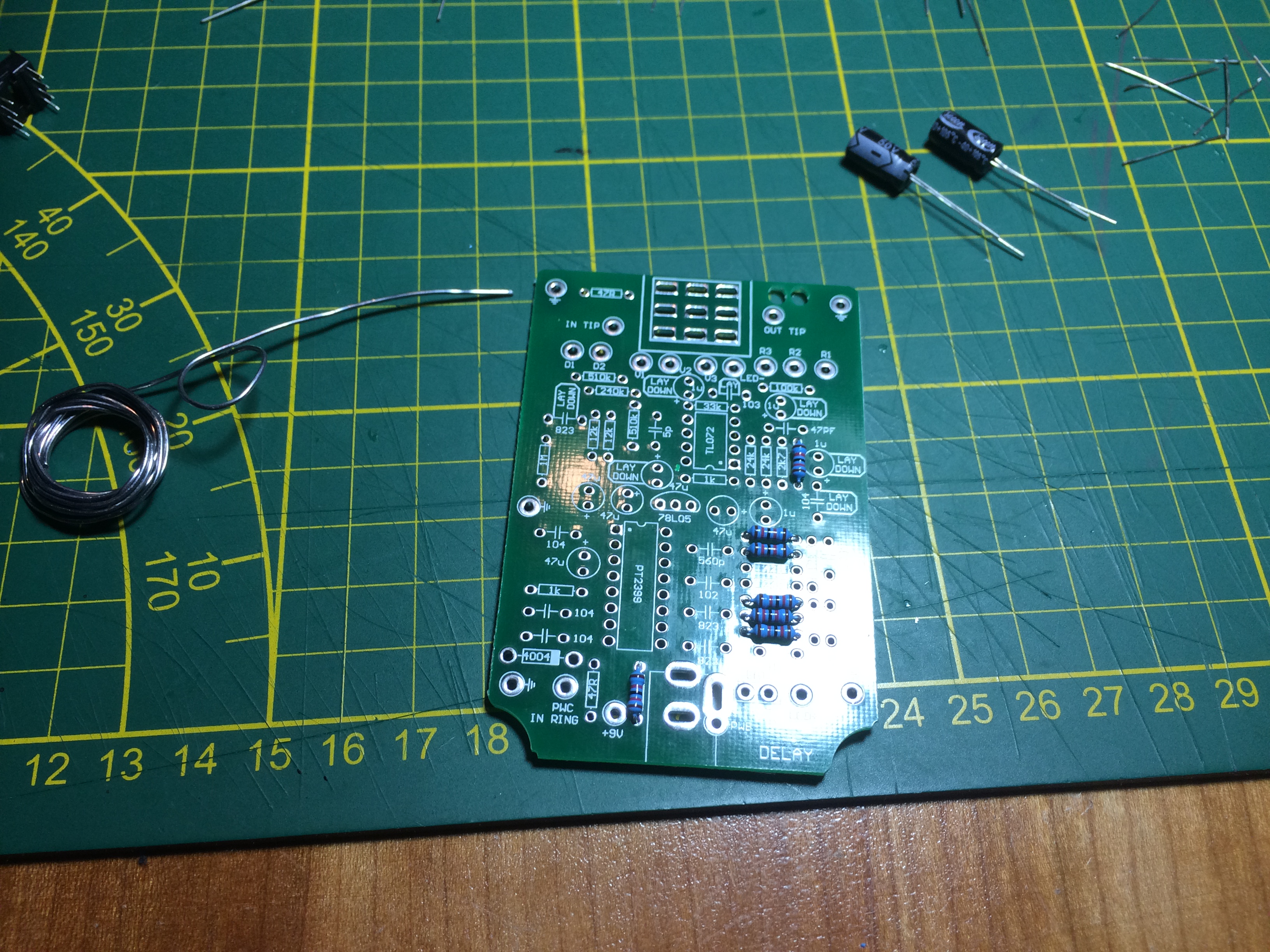