Positioning. Well it started all with an example I watched on youtube, where someone used an accelerometer to move/position a 3D model on a computer.
While having my glove in the back of my head, which originally was only to have some LED’s move according to bend sensor positions. I thought that it would be nice to also include that functionaly. So eventually I ordered a ADXL345 to give it a shot.
Once it arrived getting the raw data was easier then I expected. Just hook it up and let the raw data flow through the I2C bus. Examples and tutorials enough.
While adding it to my design I noticed that there was also something called mems sensors. As I just started out with playing with arduino’s I had no idea what that was and the only thing I noticed in the overviews was tap detection.
And that of course gave me lots of idea’s to implement. So the next order was a MPU6050 and yes… getting the raw data was just as fun.
But after some testing I noticed that the example code was slow… very slow. While the raw data was fast getting the predefined functions resulted in slow… very slow response. I was so slow that eventually it took about 2 to 5 seconds before I got any response from the sensor. Till now I really have no idea what the reason was for that.
But never the less I kept it in sight and decided to use it anyway. Normally you will find a way somewhere.. and I still had not decided what functionality I would use.

So time for some test setups. 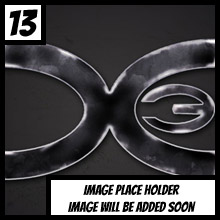 As you can see I’ve made a digital spirit meter based upon an example found on the web.
I only think I need a bigger screen than in the picture. Thinking of all the functionality I want I don’t think all will fit on the screen. Besides that I need buttons… lots of buttons for everything build in.. So I’m thinking of a touchscreen instead of the current “normal” screen. But will get back on that.