While working on project H.A.N.D. I was looking for something to be used to test the RF interface which is to be included in the H.A.N.D.
After spending some time searching I found out it was cheaper to buy a DIY electronics kit then ordering the frame, wheels and motors separate. And as it was only for testing it needed to be as cheap as possible.

So for a bit more then three euro’s I ordered a DIY Electronics Line tracker kit. 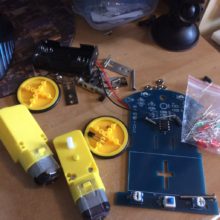 As you can see all was packed nicely and was send in a box, so all arrived without any damage.
The only con was that the manual itself was in Chinese. But as the frame had a silk which showed the part values all should be easy to tackle.

First the bigger components, normally I do these last due to the possible heat which could damage for example the IC’s. But as I could not wait to start and these were already dry fitted…. 😉 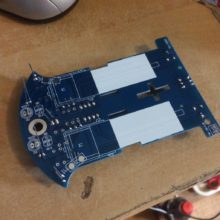 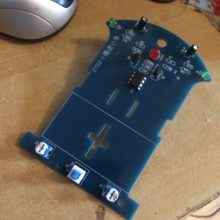 Then the rest of the top components. 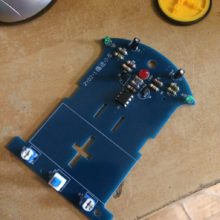 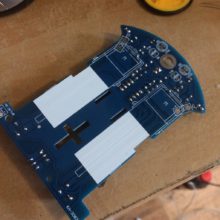 After that we continued with the motors. The only problem I had was that I was not sure how to wire the motors themselfs. So I just hooked them up and will see what it does when I put in the batteries. 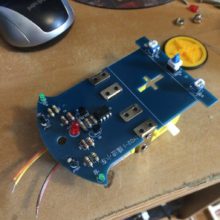 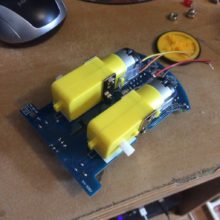 Then adding the leds and LDR’s for the tracker. 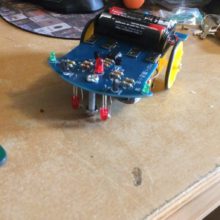 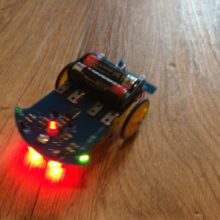 Overall it was a fun project to do. Overall it took me about 20 minutes from unpacking till putting tape on the ground to see if it was working.
I noticed that the positioning of the LED’s and LDR’s is quite critical in terms of the response and movement of the car. But something to fine tune later on. For now it is working. And I have other LED’s and LDR’s in stock to see if it makes a difference. So more on that later.